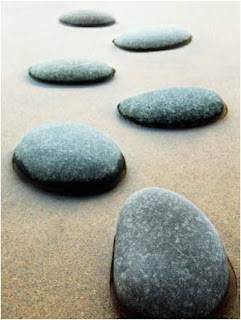 What a crazy, crazy world we live in! Time flies by through the year and the best time to reconnect with your friends is often through a new year greeting seeking confirmation (Dude, are you alive?), interspersed with executive summary style status updates (BTW, did I tell you I joined a non-profit?), or worse yet, a cut/pasted greeting (Long time no see - just wanted to wish you a happy new year) over a mass-email.

In case you were wondering, I've been guilty of all of these over the years! But now, what better alibi than to try to get away with an update to my blog and ask you how you missed it ;-)

2007 was perhaps the busiest year of my life so far. I continued to work at SupportSoft, the organization I had worked with for a few years in California and had later helped setup their Indian operations. The India office has grown now to over 100 people, I can hardly believe that back in May 2003, I was out hunting for BOO/BOT partners to explore setting up our virtual extension and we were just trying to get our office registered and trying to pick a name for the local company. The focus of this year was on growing our Asia operations as well as the revenue contribution of our Global Delivery Center, which delivered a little over $4 million to our regions across the year. I have been fortunate to work with a highly talented and capable team, who continue to blow me away by their leadership, innovation, and I learn from each one of them every day. And finally, I have spent the last couple of months in Europe working with the regional team on a strategic plan for the coming year, which has been a fascinating experience, working with diverse issues from organization design to cultural challenges.

But the biggest highlight of the year has to be my wedding to Monami on a lovely evening in Nagpur (see invite here). For most of the traditional Bengali wedding ceremony, I struggled to mime after the priest whose Sanskrit had a strong Bong accent, and Monami couldnt stop laughing all the way through. Interestingly, she didnt have to say any of the wedding vows, and you may wonder what that bodes for me!

The other memorable moments have been our travels - we honeymooned in Hawaii, but also travelled through San Francisco, Vegas, a special return trip to Hampi, Gokarna, Mahabalipuram, Seoul, Shanghai, Singapore, Brussels, Amsterdam, Ypres, Brugge, and Spa.

Of all the trips, the ones dearest to me are our snorkeling adventures in Hanauma bay in Hawaii,

and being surrounded by World War veterans in Ypres, the site of the bloodiest WW1 fighting during the memorial service on Armistice Day.

Although my busy schedule hasnt let me keep up with writing food reviews for the local dailies, my food blog has been attracting quite some attention, and

I've been contacted by various journos and publishers inviting articles and requesting advice on local establishments. I sure hope to do better justice to my writing over the course of the coming year.

As many of you know, I'm a sucker for live music, and try and catch as many concerts as I can, particularly smaller more intimate performances. For the second year running, I attended the Fireflies festival of Sacred Music, a dusk to dawn all-night concert in outskirts of Bangalore featuring several artists - rock, jazz, ghazals, carnatic, hindustani, baul, qawali, etc. If there's one concert you go to in 2008 - make it to Fireflies!

A Mac lover was born, and I finally made the switch over, buying a Mac Mini after much deliberation. Now that I've been using it for a few months now, I cant understand what took me look long to make the leap.

I've also been catching up with some reading finally. One book that I'd single out - Rob, my boss, gave me "Riding the Waves of Culture: Understanding Cultural Diversity in Global Business", a lovely read about how differences in global cultures affects how we do business and lead teams. While it is written from the perspective of a western reader, its nuggets of wisdom are essential for aspiring global leaders in your organization.

And few things can help me unwind as much as a hard game of tennis. Or, on a lazier day, lying back and watch Roger play. His game is such eye candy, and I hope we'll see some close games with Rafa and Nole this year. And oh, I was in Belgium while Sampras played Roger in Malaysia and man would I have loved to have been there to watch that. Speaking of sports, Monami is an expert swimmer and I've been getting some neat lessons under her tutelage.

This year had its share of lowlights too. Monami and I had to cancel a much awaited holiday trip to Europe during the Christmas holidays due to her visa not coming through in time, which was disappointing and stressful since we'd been planning it for a while and had close friends who had made a trip to Paris to meet us. We landed up spending the holidays in a tent by the beach near Mahabalipuram, and couldnt have been happier in the end - a reminder of how the simplest things are often the ones that matter the most. Work wise, our company went through a difficult period after a tough quarter, where some talented people were let go of, and while running a business requires such decisions, these things are never easy. And then, my dad has been pushing pretty hard to launch a community newspaper, which got indefinitely delayed due to registration problems due to the Delhi bureaucracy. Fortunately, he got the clearance two weeks back, and we expect to have a big launch in the next few months!

But most of all, I'm delighted to recall the many personal and professional milestones my friends and family have reached - 3 of you got married, 5 of you had babies, including one set of twins, 4 of you completed PhDs, one of you climbed to the summit of Cotopaxi in Ecuador, four started companies, one interviewed Stephen King and Paul McCartney, one got venture funding, two of you made movies, a gifted musician has been performing across the country, a performer choreographed and danced in several shows, a bike designer won two awards, and one of you has been teaching at a school for the underprivileged. Even as we are spread out today, oceans apart, you all inspire me every day! Thanks for all your support.

"Even as we speak, envious time is running away from us. Seize the day, trusting little in the future"

HAPPY NEW YEAR 2008, Everyone! Have a great year ahead.