The Fireflies Festival of Sacred Music

The Fireflies Festival of Sacred Music is an annual "dusk to dawn" all night long music festival held at the Fireflies Ashram off Kanakapura road, Bangalore. It was previously known as Bhoomi Jathre.

The Fireflies festival covers a wide range of musical genres including Hindustani and Carnatic vocal and instrumental, Baul, Fusion, Western jazz and folk. The fourth annual event was held on April 8 and 9, 2006. Performers included:

Sadly, I didnt take my camera along. Pictures here are courtesy: Jace

We reached the fireflies ashram around 10PM and were there through the night until the last band at 7AM. Some of the early performers were the Dollu Kunitha and Jazz Revival. As the night wore on, the performances simply got better and better. The Baul contemporary folk band Oikyotaan and Bharat Sargam Quawali who performed around 3AM drove the crowd into a frenzy with their lively music. As the first rays of the returning sun pierced the grey mist of the morning sky, Sumathi Murthy's poignant voice urged those in the sleepy audience to 'jaago re'. The sunlight glinted across the lake behind the banyan tree, suddenly lending a dream like setting to the stage, and bringing a fitting end to a splendid night of fine music. 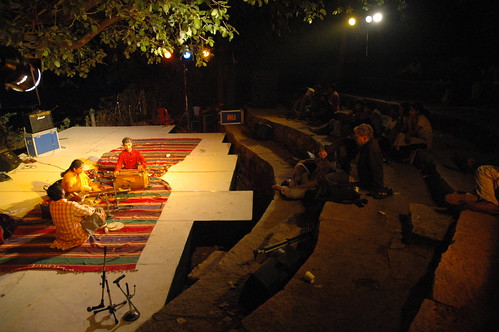 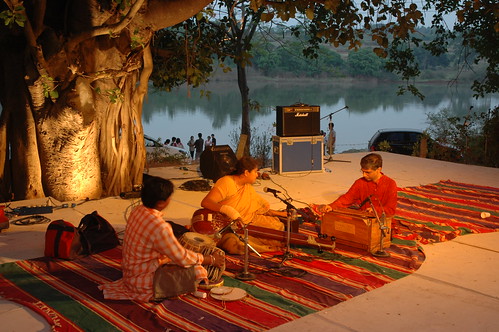 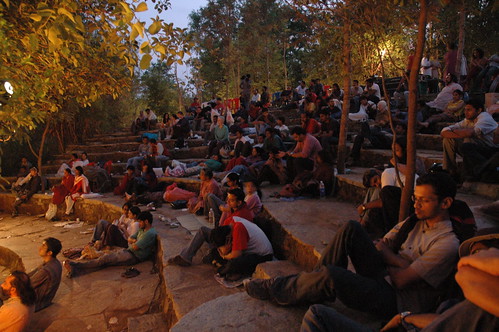