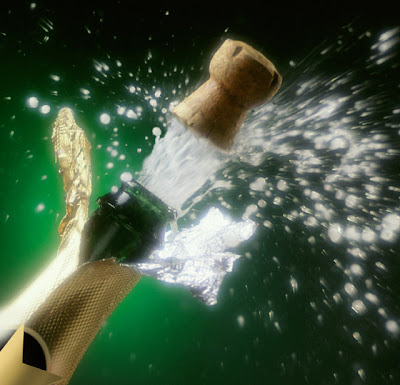 I am very happy and proud to share some great news. On Saturday, Feb 9th 2008, Vanchi Publications, launched the first edition of the Saturday Post, a community paper that caters to the Chennai suburbs.

Vanchi Publications is a print media startup founded by my father, K.V. Krishnaswamy who is also the Editor of Saturday Post. Incidentally, he has spent more than four decades as a journalist, leaving The Hindu as Deputy Editor after 27 years of service. Currently, he is associated with Industrial Economist as consulting editor. He is also a founding member of the think tank Centre for Security Analysis, Chennai. 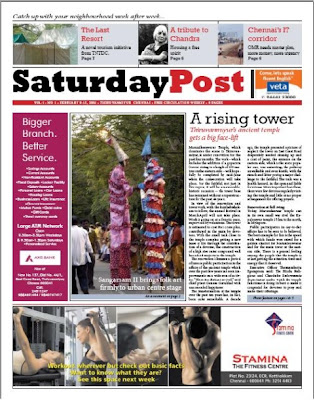 Our objective is to start a free circulation weekly community newspaper in the triangular region in south Chennai bordered by Adyar in the north, ECR on the east and OMR in the west. Although this market segment already has established publications like Adyar Times and Appollo Times, we believe that there is an opportunity to gain a substantial market share through focus on quality content and elegant layouts anchored on the four decades of journalistic experience of the editor. For the increasing number of discerning readers in the region, this will be one aspect in which our weekly will be vitally different from the others. With the growth of the IT parks in the vicinity, there are more readers in the area with greater exposure who will appreciate community news, who are likely to be early adopters. The paper will derive its revenue solely from advertising and will be distributed through regular channels every Saturday morning.

Ultimately, as is with any community newspaper, the goal is to serve the neighborhood community and to provide readers with useful news that might not be covered by a mainstream daily. In other words, a traffic accident on East Coast Road is more important from a coverage perspective than Obama vs. Clinton. I think its a fabulous way to give back to society, and I am proud of my dad for having been able to pull this off amidst everything else he is already involved in.