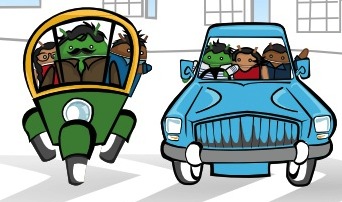 Droidcon is India’s largest Android conference, and is part of the international chain of Droidcon conferences that happen in Berlin, Paris, London, Madrid, Bucharest and other cities around the world. The event is organized by my good friends Kiran and Zainab, and their tireless team at HasGeek.

For the third year now (2011, 2012, 2013), I’m reprising my role as the Program Chair, working with a committee of industry and community experts who volunteer their time to assist with setting the vision for the conference, developing themes, identifying great speakers, and curating their content.

It’s never been an easy role volunteering for. Life at Levitum has always been hectic as all startups are, offering limited time for social responsibilities. Both Musiguru and Singr are in a major growth phase, and we have other initiatives in alpha. Also, since Monami is busy with her private art gallery and studio (she works Saturdays as well), we try to make the most of time we have together. This invariably leaves me with a lot less time for community events, and borrowed time usually means dropping something else on our list. The last two years, it’s taken a lot of long days and nights in the month leading up to Droidcon to pull things together, and a lot of flexibility from others at home and work to support me. This is just a shout out to say how much I appreciate them. 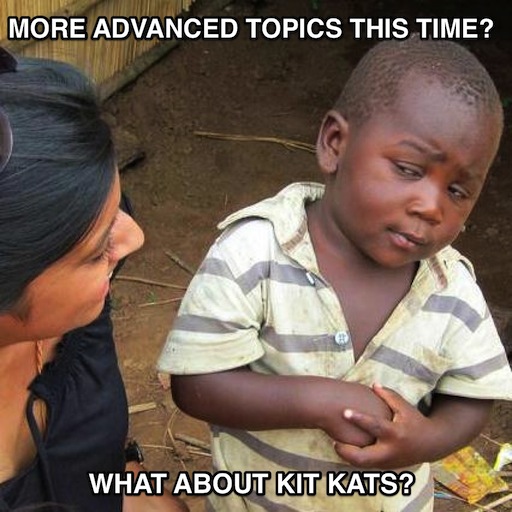 This year, we’re really pushing ourselves to make Droidcon bigger, and better. In an effort to retain our sanity and those of people around us while doing so, we’ve begun preps sufficiently in advance so that there’s more time for everything. We’re also aware of the fatigue that accompanies conference season, and are looking for speakers that have fresh and original things to share.

One thing we’ve done differently is we’ve broken things into separate tracks. Two of the tracks will run in parallel at any point, presenting attendees from various streams with sufficient choices.

The Systems track runs across two days, and covers all aspects of the Android stack. Its being run by Kumar of the LittleEyeLabs team. I’m so impressed by these guys, they should totally be running the whole event instead of me. There’s a ton of stuff to cover here, and they are already reaching to a number of folks to provide breadth and depth to the track. Gaurav’s tweet to Koushik got a lot of buzz on Twitter, and we’re hoping to bring him down.

There will be some overlap between Workshops & Systems with some of the advanced hands on session being broken out as longer workshops.

This shall give the speakers an opportunity to do code walkthroughs and guide attendees.

A recurring theme at every Droidcon has been the need to help developers understand how to build well designed apps, and to help young designers gain more exposure and experience.

“ We get technology, but not design ”

So, I roped in my friend Rahul of Uncommon to help steer the design track. He is currently considering running a UX panel discussion followed by three speaker sessions - beginner, intermediate and advanced level sessions.

Ever since Google Play Game Services were announced, everyones been dying to figure out how to take advantage of all the new cool additions. Ravi of PurpleTalk, who was also on the committee during the first Droidcon rejoins us to help drive a forward looking gaming track. Expect to see some of the top game developers come forward to share their experiences and plans. Ravi is planning on one panel discussion, and a few speaker sessions.

We’re bringing together product managers, advertisers, OEMs, and investors to the same table to offer a 360º view of the Android ecosystem. Expect discussion about product development lifecycles, marketing tips and tricks, new emerging trends at a macro level, monetization tips, and how you can build a business around building Android apps. I’ll be running this track with some assistance from Prashant of Signals.

One of the things we’re conscious of is that this is a developer event. So, we’re keen to bring forward business speakers who can present insights that are relevant to the audience.

I’ve reached out so far to Cleartrip, Hike, RedBus for Product Managers, and they have all expressed an interest in being involved. Next, I’ll be reaching out to InMobi and Flurry for advertising speakers. And then to a mix of app development startups with interesting monetization models or stories to tell. We will attempt to round off the ecosystem mix with Morpheus, Sony, Amazon and Intel depending on the availability of their speakers.

It’s not yet completely clear until we’ve nailed down more specifics, but we will experiment with at least one panel discussion and a few short speaker sessions.

App Demos is the platform to showcase your app. Amrit is reaching out to developers from across the country to come show original work, and talk about specific challenges they have faced. This shall be a rapid fire track with short 15 minute nuggets of wisdom.

One other popular request last year was for more hands on sessions. People enjoyed 30-45 minute talks, but wanted to hear certain good speakers dig in and walk them through things in more details.

So the good news is - We’re planning on a lot more 90-120 minute hands on workshops this year. Soham is working towards developing a series of run up workshops.

There will be at least a whole day of beginner level workshops led by Soham and a few others, and at least half day of advanced workshops. TWASG is planning a deep dive session on Android & security, and Gaurav is planning a session on battery optimization & networking. I’m hoping we can convince Satyam, Anenth, and Kavitha to also propose workshops.

Last year’s hacknight was wildly successful, and we’re planning a whole series of them this year including 2-3 in Bangalore. And oh, it’s not just Bangalore that’s getting all the love. Look out for Droidcon hacknights coming to Chennai, Hyderabad, Delhi, Pune, and Kochi. 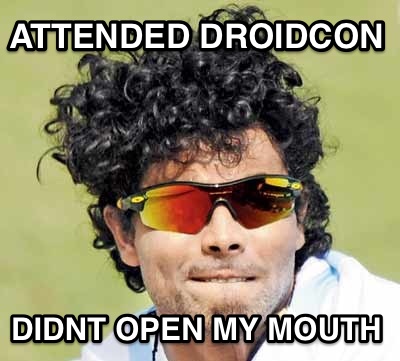 This one is quite personal for me. I find that most tech conferences with multiple tracks can be a session treadmill. People dash between rooms from one talk to another, much like commuters on Mumbai’s busy trains. While some conferences have designated spaces where people can hangout, AFAIK there’s limited focus or interest in really enabling those spaces where people can get to know each other, collaborate, and find similar hobbies.

One of the thoughts this year is to create separate meeting spaces at the venue for at least a few of the primary tracks (Systems, Design, Gaming, Business). The MLR Convention Center in Whitefield has a number of little nooks - a mezzanine floor, a cozy room, and patio areas that would be fun areas to congregate. This would open out a number of possibilities.

We’re planning on coordinating with interested speakers to set up published office hours for each of the spaces (as a part of the schedule) during which they would be available for interaction at the space. This would provide an opportunity for those interested to go hangout there.

I explored this with Rahul, who had also some novel ideas for the Design space such as

A few ideas for the Systems space are

There’s also an incredibly fun idea that I’ve run by Kiran & Zainab that they are looking into. If they can make it happen, I think it’ll be a blast, but I’m not holding my breath since there’s already a ton of things to do.

One of the challenges with multiple tracks is that people end up having to choose. And often enough, they end up wishing they had been at the other session. There’s always HasGeek TV so you can watch the videos of sessions you missed later on. But there’s another idea I’m toying with and need more feedback on:

It might be interesting to start the day with a networking breakfast for the speakers so that we can get everyone together, and then go from there.

How you can help 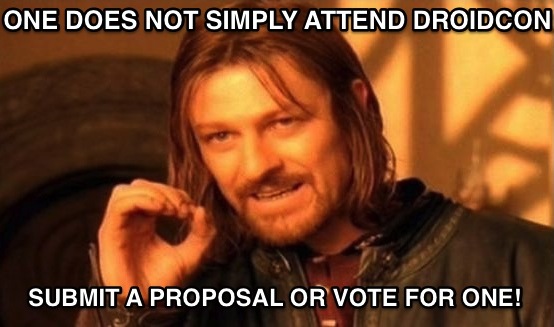 Community events are all about the community, and depend greatly on those around being willing to give back to the community that has helped them. We’ve been fortunate to have had great speakers come forward from the community and share their knowledge and learnings. Everybody wins in a vibrant community.

If you are a speaker, here’s a few things you can do to help out

If you are an attendee, here’s a few things you can to do to help out

Have more suggestions or feedback? Speak easy in the comments or feel free to ping me or the other committee members on Twitter.

Aravind Krishnaswamy is Co-Founder, Levitum. He is a volunteer at Droidcon, and chairs the Program Committee