This blog aint dead yet 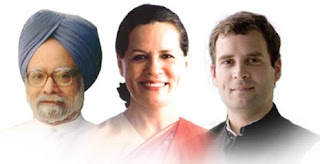 And what a time to revive it.

The Sensex zoomed up 2111 points today, a euphoric stock market response to the UPA Congress election victory. Federer, starved of a title in what has felt like eons, beat Nadal. In a final. On Clay. In Spain. In straight sets. And perhaps even freakier, Kolkota Knight Riders chased an impossible 189 run target successfully against Chennai Super Kings to break a 9 match losing stream at the IPL T20.
There's definitely been a whole lot going on in the last several months. But first, I must thank the many of you who wrote in to see how I was doing after the car accident. I had a whiplash, but was fine otherwise. The car took about a month to get back from the garage and about Rs 1.2L (most of which was covered fortunately by insurance).
And we soon put it to the test, driving down to Coorg in December for a pet vacation at a home stay. Our hosts were very friendly, and we had a great time touring around their large estates of coffee, pepper, cardamom, mangoes and oranges. Ma Belle quickly morphed from the city dog into a wild crazed thing. She got busy chasing chicken, bullying the neighborhood dogs, hustling the cattle and running through the fields in a frenzy. She definitely had a good vacation. As for us, we spent a good amount of our time hosing her down after her adventures. In case you are looking for a family outing with your pet, give me a shout and I'll pass on the contact information of the home stay in Davangeri, Coorg.

I travelled to the US in the second week of Jan for our annual Sales Kickoff held in California. As expected, discussions were mostly around the gloomy economy. I took some time off one evening to go shopping in San Francisco and bought Monami a katana set. The highlight of my trip however was being in California during Obama's inaugural speech. That moment took me back to my first year in college when my classmate Badri made a speech about life. He had titled it 'Life=Hope+etc'. I looked around the room filled with colleagues huddled together in our Bay Area corporate boardroom, watching the streaming video off CNN's live inaugural telecast. Hope was all around.
In Feb, we made our annual trip to the dusk to dawn Fireflies festival of music. This year, their event coincided with the Bangalore Habba, and several key performers didnt show up. Sans Oikyotaan, the event was quite low key and almost felt like a collegiate event.
Early March, I flew to Mumbai to attend the Sadabishekam of Dochi, my father's eldest brother. Traditionally, this is celebrated once someone has 'seen a 1000 full moons'. This usually falls between the age of 80 and 81. This was a rare family celebration where all of my father's four siblings were together, including his eldest sister who is now 84.
The next day, my father and I travelled through Mumbai to visit the site of the 26/11 terror attacks. We first went by the Taj and Oberoi hotels, near where the terrorists had landed on boats. We next made our way to Nariman House. Right outside, bullet holes were marked with little red circles. Rubble lay all on the road. A toppled steel menorah leaned on the wall. Quiet tourists were looking up at the upper floors. We could hear hushed whispers about the commandos. But no memorial, no eternal flame, no visible indication of the dramatic series of events that unfolded in the little gully on 26/11. But while life goes on as usual for the Mumbai residents near Nariman House, they have not forgotten the November terrorist attacks.

And come end of March, Monami and I were all set to move in to our recently purchased duplex penthouse at Shriram Spandhana. The upper level is just open terrace at this point, but we plan to build a pergola and little glass house someday. The move wasnt as easy as we'd hoped as the interior designer we'd hired wasnt well planned, and did a shoddy job. After a few incredibly frustrating weeks, we were somewhat settled in. We setup a solar heating solution through Orb Energy, a spin off from Shell Renewables. They've done a good job overall, and we've had piping hot water since then, be it rain or shine. In addition to the environment friendly factor, the solution offers an ROI versus regular geysers and electricity costs in 4-5 years and was a no brainer for a city like Bangalore.
In April, our CEO announced a definite agreement for our enterprise division to be acquired by Consona. They are a profitable, privately held company in the CRM space that has been growing inorganically through a number of acquisitions. We are still in discussions with them, and the transaction is expected to close in the next month.

This post wouldnt be complete without a tech update. With memory prices down I upgraded the RAM on my MacBook to 4GB and installed VMWare Fusion. I set up a really light weight Windows VM that occupies little over 4 GB of space. I mapped the My Documents folder to the Mac host, and set up rcp scripts to periodically backup to my pen drive and time machine. I have the Windows VM 2GB of RAM to cover all my work needs with Office2007, Intercall and VPN, and run it Fusion in Unity mode, which gives me a truly integrated experience. I use Skype, Evernote, Adium, OmniWeb and Safari off the host, with the ability to launch guest applications on a need basis. I still use my office Dell, although it's delegated to handling email archives. I have my VM setup to autoprotect daily, weekly and monthly snapshots. This proved to be a lifesaver when the corporate antivirus got corrupted when I was travelling internationally. After our corporate IT guy got stuck since the uninstall didnt work as it should have, I was able to just flip back to an old snapshot. Since My Documents was mapped to the host, I have no data loss, and it is also virus free. The combination of the power of OS X (built on a FreeBSD kernel), the usability and aesthetic that Apple provides and the practicality of Windows has been sheer nirvana.
Finally, here's two interesting and useful links:
So you've now read Hartmut Esslinger's top 10 products of all time. I scratched my head and came up with my Top 10 list focused on software (in no order whatsoever):
Photoshop: From minor tweaks for a beginner to advanced design work, Photoshop meets all your digital needs and has stood the test of time and competition
Mosaic Browser: It was 1994. I was poking around with archie and gopher on an SGI Iris Indy at the Indian Institute of Sciences, when I discovered Mosaic. Browsing took on a whole new meaning.
Lotus 1-2-3: It made the spreadsheet and later MS Excel a staple on every office computer.
Mac OS: A derivative of the Free BSD kernel, Apple transformed it with the unique usability and design they excel at. In particular, the Expose feature is my favorite and radically changes interaction between man and machine.
Salesforce.com: True SaaS pioneer with a game changing approach to how software products are delivered, upgraded and value assessed in an on demand model.
MPI and PVM: Not quite products, but I havent seen a message passing layer as well designed for clusters.
MS Word: Ubiquitous. Easy to use for most medium to complex tasks. The 2007 design cleans up a number of rough edges.
iTunes: While not as feature rich as winamp, it's well rounded design and ability to stream music over the air is a huge factor.
Hotmail: Not the first mail product, but clearly the one that took sendmail to the masses and ruled the roost until gmail showed up.
Skype: Built by the guys who gave us Napster, voice and video calling hasnt been the same since I started using Skype.
What would your 10 be?