A summer for sport!

For sports lovers, this is going to be a long and fun filled summer, with the French Open, FIFA soccer world cup, and the Wimledon championships coming up!

The French Open begins in just 8 days, and there's tremendous excitement building up around the possibility of yet another showdown between clay court champ Nadal and Federer, who may well go on to be one of the greatest of all time.

But then, if the world speaks one language, it is soccer (although some may argue that money comes first).

And 20 days from now, when FIFA kicksoff, the world will be watching. I wonder what the best place in Bangalore to watch the games would be. Although its not a sports bar, Tavern attracts a lot of sports fans especially during F1 season. 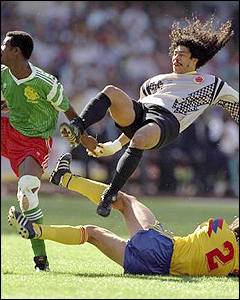